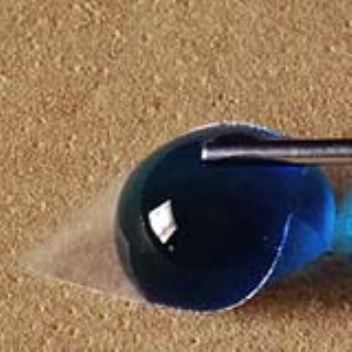 Sheets of plastic that fold into tiny pyramids, boxes and spheres when water is added have been created by French researchers. They think the technique could one day be used to mass-produce the microscopic 3D components used in found inside many different devices from printers to medical sensors.

They add water droplets to flat plastic shapes just a couple of millimetres across. As a droplet evaporates, its volume changes while the surface tension holding it to the sheet remains the same. This pulls the shape into a more complex 3D structure. The French team think the technique could perhaps be used to make certain microscopic 3D structures in large quantities.