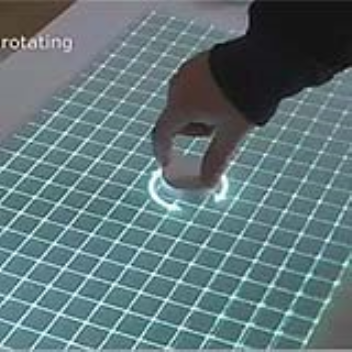 Apparently inspired by some late night bouts of air hockey, a team of researchers at the University of Design in Schwäbisch Gmünd, Germany have crafted a so-called "tangible table" interface that uses a series of pucks to handle all the controls.

The system works by using a camera underneath the table to track the movements of the pucks (which are distinguished by marks on their undersides), along with a combination mirrors, infrared lights, and a projector to display the image on the surface of the table.