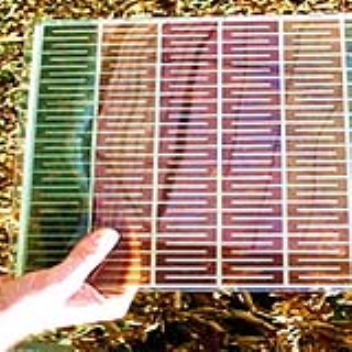 Obviously, scientists didn't exactly originate the idea of harvesting energy from the sun when they started slapping together solar cells -- plants have been up on this whole photosynthesis mojo for a good long while.

Now some researchers at Massey University in New Zealand have developed a range of synthetic dyes from organic compounds that closely mimic the light harvesting that goes on in nature.

Other scientists have been pursuing similar solar techniques, but there's a major difficulty in getting the dyes to pass the energy on for actual use. After 10 years of research, the Massey scientists claim to have "the most efficient porphyrin dye in the world."

Benefits of the dyes over traditional silicon-based solar panels include the ability to operate in low light, 10x cheaper production, and flexible application -- starting with canvassing roofs, walls and windows, but eventually moving on to wearable items that can charge your electronics stash.