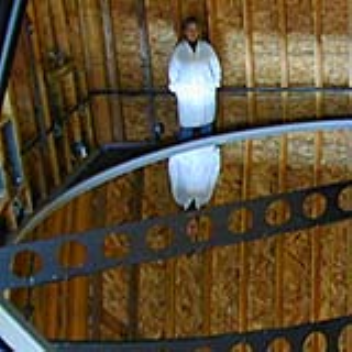 Giant liquid telescope on the moon

Angel, a leading astronomer at the University of Arizona, isproposing an enormous liquid-mirror telescope on the moon that could behundreds of times more sensitive than the Hubble Space Telescope.

Using a rotating dish of reflective liquid as its primary mirror,Angel's telescope would be the largest ever built, and would permitastronomers to study the oldest and most distant objects in theuniverse, including the very first stars.

Angel dreams of a 100-meter mirror, which would be larger than twoside-by-side football fields and would collect 1,736 times more lightthan the Hubble.

The task fell to Ermanno Borra, a physicist and liquid-mirror pioneerat Laval University in Quebec who first made the case for a lunar LMTin 1991. Recently, Borra has been experimenting with metal liquid-like films, or MELFFs, that reflect light as effectively as aluminum.