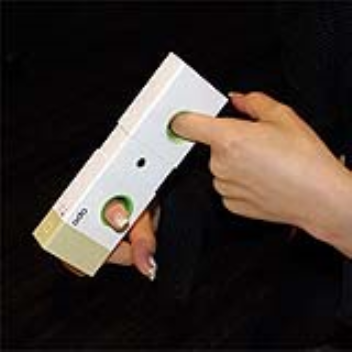 Sony has unveiled a brave collection of concept devices that neverneed recharging. The 'Odo' concepts are as good-looking as they areexciting, which is important if they are to ever be produced, and sellwell. Although we have seen wind-up torches and radios before, therehave not been any aesthetically pleasing, practical concepts for moreadvanced devices. That's what makes this announcement so ambitious; thedevices include digital cameras and an image/movie viewer, things thatdrain a lot of power in comparison to an analogue radio.

The Spin 'N' Snap camera is particularly interesting.You put a finger through each hole, and spin the whole device aroundits centre. This turns a dynamo and creates the power to take the nextphoto. It's an odd echo from old, film cameras, which I only justremember, where you had to manually wind-on the film. I can really seethis being enormously popular amongst a certain demographic, and theability to have a camera on you that is always good to go, and neverruns out of power, will be appealing to many.