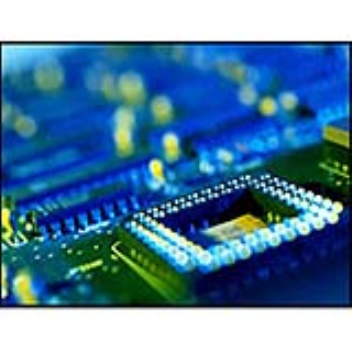 US researchers have developed a prototype device thatcreates a "breeze" made up of charged particles, or ions, to coolcomputer chips.

The "ionic wind", the scientists say, will help tomanage the heat generated by increasingly powerful, yet ever-shrinkingdevices.

Timothy Fisher, associate professor of mechanicalengineering at Purdue University and an author on the paper, said: "Incomputers and electronics, power equals heat, so we need to find waysto manage the heat generated in more powerful laptops and handheldcomputers."

The prototype, which is attached to a mock computerchip, works by shifting charged particles from one end of the device tothe other. As a voltage is applied to the ionic engine, positivelycharged particles (ions) are produced, and are dragged towards anegatively charged wire (a cathode), forcing constant air movement.

The researchers said that when it was used inconjunction with a conventional fan, air molecules, rather than gettingstuck, were dragged across the chip's surface boosting cooling.

The researchers now need to miniaturise their prototype,making it 100 times smaller than its current size, which is a fewmillimetres.