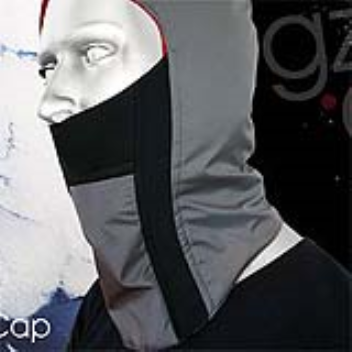 K-Cap is a balaclava designed especially for highaltitude use. It is being developed as part of a project for the designand development of specialized clothing equipment to be used during ascientific expedition on Mt. Everest. The balaclava has come tosymbolize a new concept of protective clothing. The innovation in thematerials used and the design itself makes this an example of how evenan old object such as this can be made new.
It consists firstly of a memory membrane fabric, which modifies itsphysical structure according to variations in temperature, copying thebehaviour of the human skin. Secondly, it has two layers of bielasticfabric that render the structure active, allowing complete freedom ofmovement. This item is thus technologically very advanced and extremelycomfortable to wear.