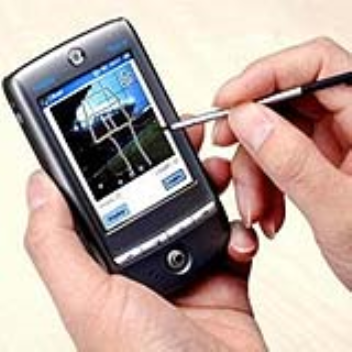 Today, the use of passwords is commonplace in everything from mobilephones to cash machines and computers. But in the wake of growingconcerns about traditional "weak" passwords created from words andnumbers, Newcastle University computer scientists have been developingalternative software which lets the user draw a picture password, knownas a "graphical password".

Along with his PhD student Paul Dunphy, Dr Yan has taken theemerging Draw a Secret (DAS) technology, a graphical password schemewhere users draw their secret password as a free-form image on a grid,and taken this a step further.

In DAS, the user draws an image, which is then encoded as an orderedsequence of cells. The software recalls the strokes, along with thenumber of times the pen is lifted.

By superimposing a background over the blank DAS grid, the NewcastleUniversity researchers have created a system called BDAS: BackgroundDraw a Secret. This helps users remember where they began the drawingthey are using as a password and also leads to graphical passwords thatare less predictable, longer and more complex.

The BDAS software encouraged people to draw more complicatedpassword images e.g. with a larger stroke count or length, that wereless symmetrical and didn't start in the centre. This makes them muchharder for people or automated hacker programs to guess. 'In essence,this is a very simple idea as it's intuitive,' said Mr Yan. 'It maytake longer to create the password initially but it's easier toremember and more secure as a result.'