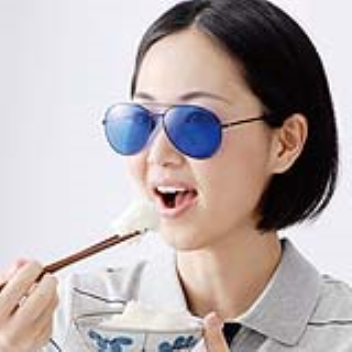 Diet Sunglasses Turn Off Your Appetite

A Japanese company named Yumetai seems to have given some serious thought to the matter, creating dieter's sunglasses with deep blue lenses that make the food you're eating look, well, disgusting.

There's more to it than that - according to Yumetai, there's a scientific explanation behind these sunglasses and the lenses are blue for a very good reason: the color blue acts to calm the brains appetite center.

At the same time, the lenses block rays of red light which tend to stimulate the appetite. Make sense?