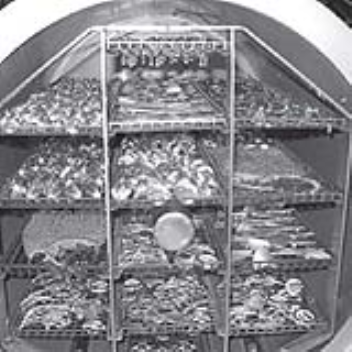 With Atomic Layer Deposition (ALD) defect free thin coatings areapplied to complex geometries. Until recently, this technology was onlyused in the micro-electronics. The scaling them to high volume makesALD also interesting for other applications.

The deposition mechanism of ALD is unique in the face of other chemicalvapor methods (CVD), since it is based on saturation of the surface. Thismeans that the alleged precursor gas, with which the layer will be formed,reacts with the surface until the entire surface is covered and no more reactions can take place. At that time, the reaction stops by itself (self limiting reaction) and there is a very thin coatingdeposited on the surface. Then, a second precursor is sent in the reactor, after which the process repeats itself. In this way the coating is deposited layerby layer on the surface.