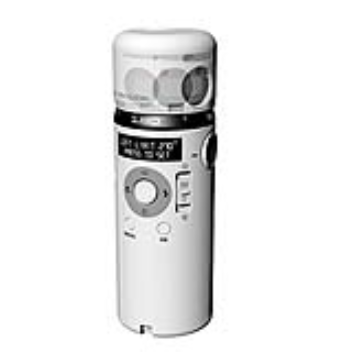 Cedric Tay's concept of the 360 Camera is simple yet thought provoking. It takes a panoramic picture without the hassle of aim or balance. Just hold the camera in a hand and use the angle indicator to capture an all-round picture. The built-in inclinometer detects and displays the horizontality of position before performing its task. The 360 has a superbly easy UI that works via the touch sensor.