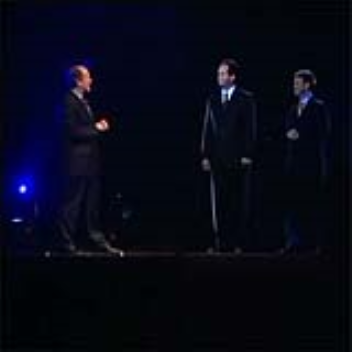 Cisco CEO John Chambers, who was live on the Bangalore stage, "beamed up" Martin De Beer, the Senior Vice President of emerging Technologies, and Chuck Stucki the General Manager of TelePresence, live from San Jose, California. Chambers was then able to have a "face to face" discussion with De Beer and Stucki on the future of Cisco TelePresence, demonstrating first hand the potential capabilities of the system in front of the watching audience.