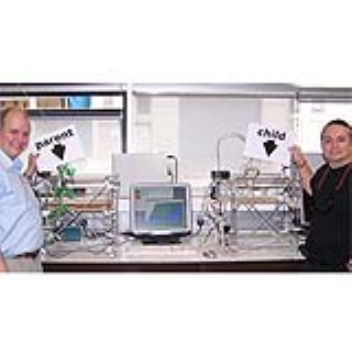 A rapid prototyping concept machine has moved a step closer to its stated aim - by making copies of itself.

The machine, dubbed RepRap by its originator, Bath academic AdrianBowyer, is designed to produce 3D printed parts such as door handlesand coat hooks. But Vik Olliver, a RepRap team member based in NewZealand, has now managed to "print" a set of RepRap components, andassemble them together into a "daughter" machine.