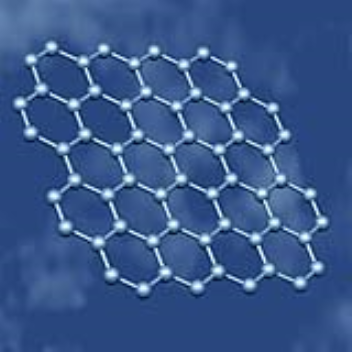 Researchers at Northwestern University and Princeton University have created a new kind of polymer that, because of its extraordinary thermal and mechanical properties, could be used in everything from airplanes to solar cells.

The polymer, a nanocomposite that incorporates functionalized, exfoliated graphene sheets, even conducts electricity, and researchers hope to use that property to eventually create thermally stable, optically transparent conducting polymers.

Previous use of graphite in polymers did not garner significantly improved properties since researchers could never get the graphite exfoliated. That meant the graphite was rigid with a low surface area and could only minimally impact properties of the polymer.

But when researchers put even a small amount the newly exfoliated graphene sheets, enough to equal only .05 percent of the material, into the polymer, they found the graphene changed the polymerâs thermal stability temperature by 30 degrees. Even adding graphene sheets equal to .01 percent of the material increased stiffness by 33 percent, far beyond what researchers had predicted. The drastic changes in both the thermal stability and the stiffness after adding just a tiny percentage of functionalized graphene indicated that the graphene changes large regions of the polymer radiating out from the nanoparticle surfaces in a percolating network structure.