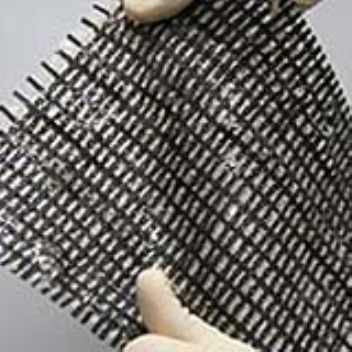 By adding carbon nanotubes to a stretchy polymer, researchers at the University of Tokyo made a conductive material that they used to connect organic transistors in a stretchable electronic circuit. The new material could be used to make displays, actuators, and simple computers that wrap around furniture, says Takao Someya, a professor of engineering at the University of Tokyo. The material could also lead to electronic skin for robots, he says, which could use pressure sensors to detect touch while accommodating the strain at the robots' joints. Importantly, the process that the researchers developed for making long carbon nanotubes could work on the industrial scale.

"The measured conductivity records the world's highest value among soft materials," says Someya. In a paper published last week in Science, Someya and his colleagues claim a conductivity of 57 siemens per centimeter, which is lower than that of copper, the metal normally used to connect transistors, but two orders of magnitude higher than that of previously reported polymer-carbon-nanotube composites. Someya says that the material is able to stretch up to about 134 percent of its original shape without significant damage.

Electronics that can bend and flex are already used in some applications, but they can't be wrapped around irregular shapes, such as the human body or complex surfaces, says John Rogers, a professor of materials science and engineering at the University of Illinois at Urbana-Champaign. Rogers, who recently demonstrated a spherical camera sensor using his own version of an elastic circuit, says that Someya's approach is a creative addition to the science of stretchable electronic materials. "It's a valuable contribution to an important, emerging field of technology," he says.