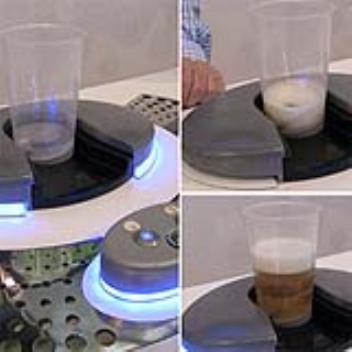 Anyone who's ever spent time waiting at a bar for their drink will appreciate the Trufill beverage dispenser concept from Scotsman Beverage Systems. The device is apparently set to revolutionize the beverage dispensing industry by filling glasses from the bottom instead of the top. Besides looking like a nifty parlor trick, the Trufill can apparently fill 10 pints of beer in just 10 seconds, which will not only increase the amount of hooch that can be sold in a given time, but will also reduce labor costs by up to 80%.

Now the details on the how the Trufill system works are a little vague right now, but I'm going to take an educated guess and say that Scotsman has somehow managed to manipulate matter on the quantum level, overcoming such issues as the Heisenberg uncertainty principle, to essentially transfer the beverage from a holding tank directly into the glass. 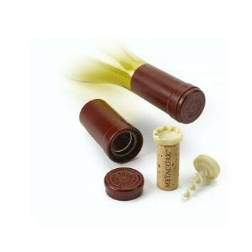