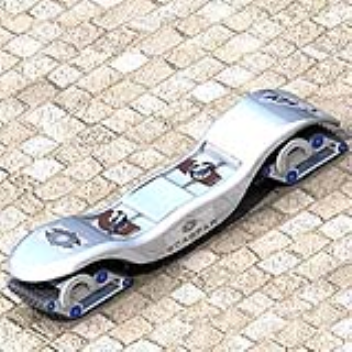 Scarpar doesn't say much about their Powerboard; it's been in development since the 90s and EDAG's helping with manufacturing. Great. But the video speaks volumes, showing the Powerboard on sand, snow...even off-road. Awesome.

You can sit and carve on the thing like it was a little snowboard. I have no idea when this is coming out, if ever: these Aussies are trying to raise capital for their project.