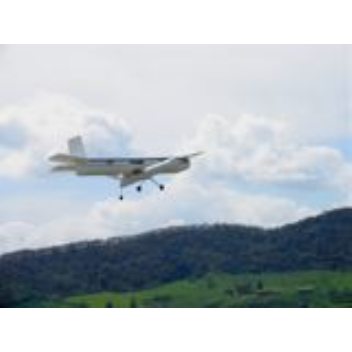 The FanWing experimental aircraft opens up a new area of aerodynamics. The FanWing new blown-wing solution offers both basic proof of concept and a steady trajectory of improved and controlled flight performance.

The aircraft has a cross-flow fan along the span of each wing. The fan pulls the air in at the front and then expels it over the wing's trailing edge. In transferring the work of the engine to the rotor, which spans the whole wing, the FanWing accelerates a large volume of air and achieves unusually high lift-efficiency.

The FanWing showed proof of concept in the form of actual flights before theoretical validation, academic research or explanation. The FanWing is an invention by trial and error and though certainly employing a methodology with good precedent in the history of innovation it is in no way within the normal paradigm of academic and conventional aircraft development. There is nevertheless a steady accumulation of tests and supporting documentation.