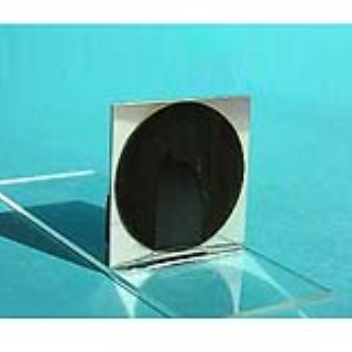 Researchers in the US have discovered a way of modifying metal surfacesso that they "pump" liquids uphill. The method, which involves exposingthe surfaces to pulses of intense laser light, could be exploited inthe future for analysing fluids "on-chip" or for biological sensing.

The researchers have used a horizontally-polarized laser, which sends pulses of light 65 femtoseconds (65 x 10-15s) long at a wavelength of 800 nm onto the metal surfaces. They scannedthe laser horizontally and vertically until they had treated a circulararea 24 mm in diameter. Images from a scanning electron microscopeshowed a resultant structure of fine pits and globules superimposed onlarger, periodic grooves.

Examining the surfaces with a video camera, Guo and Vorobyevfound these grooves could suck up methanol when the surface washorizontal, vertical or inclined at 45°. The researchers believe thephenomenon is due to the so-called "Marangoni effect", in which fluidflow results from a gradient in surface tension. The distance betweenthe grooves, at just 100 µm, means that molecules in the methanol canfind themselves more attracted to the metal than to neighbouringmethanol molecules, and therefore tend to creep forwards.

Applications of the treated metals could include microfluidics whereinfluids could be manipulated on sub-millimetre scales, say researchers.They also highlight a potential medical application because blood couldbe directed precisely along a defined path to a sensor for diseasediagnosis.