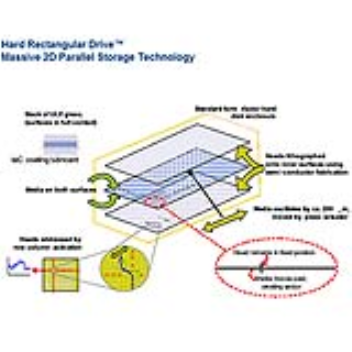 When it comes to storage for notebooks, desktops, and servers the new kid on the block is the SSD. SSDs are slowly gaining on the incumbent HDDs in the vast majority of PCs and offers better performance, but at a greater cost.

The replacement for the SSD may already be on the horizon if a company called DataSlide can get its new Hard Rectangular Drive (HRD) out of the prototype stage. The drive has staggering performance with claims of up to 160,000 IOPS and 500MB/sec read speeds.
Even with those whopping performance levels the drive still claims to consume less than 4W of power.

The drive consists of a piezoelectric actuator that keeps the rectangular media moving under the read heads. A diamond solid lubricant coating protects the surface of the HRD from the direct contact and constant motion for years of service. The prototype uses a massively parallel 2D array of magnetic heads that remain stationary and the media underneath moves.

The technology allows reads or writes on up to 64 embedded heads at a time. The drive is in the prototype stage but it uses technologies and manufacturing processes that are readily available today. The technologies used include perpendicular magnetic recording media, semiconductor lithographic heads, and LCD glass treatments. 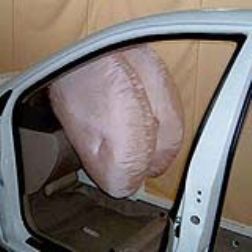