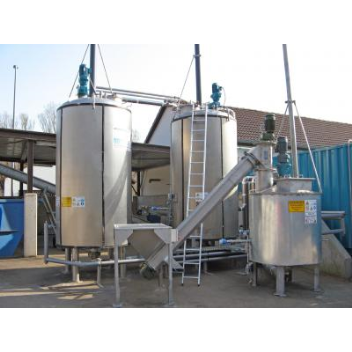 "In our pilot plant, we exclusively use agricultural waste such ascorn stalks - that is, the corn plants without the cobs. This allows usto generate 30 percent more biogas than in conventional facilities,"says IKTS head of department Dr. Michael Stelter. Until now, biogasplants have only been able to process a certain proportion of wastematerial, as this tends to be more difficult to convert into biogasthan pure cereal crops or corn, for instance.

This is not the only advantage: The time for which the decomposingwaste material, or silage, is stored in the plant can be reduced by 50to 70 percent. Biomass is usually kept in the fermenter, building upbiogas, for 80 days. Thanks to the right kind of pre-treatment, thisonly takes about 30 days in the new plant. "Corn stalks containcellulose which cannot be directly fermented. But in our plant, thecellulose is broken down by enzymes before the silage ferments,"Stelter explains.

The researchers have also optimized the conversion of biogas intoelectricity. They divert the gas into a high-temperature fuel cell withan electrical efficiency of 40 to 55 percent. By comparison, the gasengine normally used for this purpose only achieves an averageefficiency of 38 percent. What is more, the fuel cell operates at 850degrees Celsius. The heat can be used directly for heating or fed intothe district heating network. If the electrical and thermal efficiencyare added up, the fuel cell has an overall efficiency of up to 85percent.

The overall efficiency of the combustion engine is usually around 38percent because its heat is very difficult to harness. The researchershave already built a pilot plant with an electricity output of 1.5kilowatts, enough to cover the needs of a family home. The researcherswill present the concept of the biogas plant at the Hannover-Messe onApril 20 to 24. In the next phases of the project, the scientists andtheir industrial partners plan to gradually scale up the biogas plantto two megawatts. 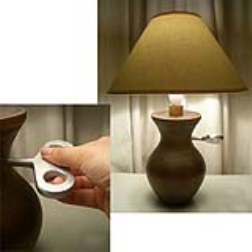