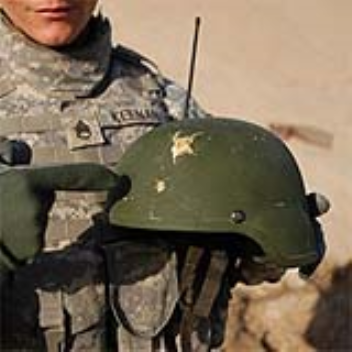 The HMRS description also encouragingly specifies that - the effective radiated power of the system has to be low enough not to affect the health of the soldier - and presumably not the other members of the squad either, who are likely to be lit up by each other's radar from all directions. Anyone worried by cellphone radiation emissions need not apply, tinfoil helmet liners optional.