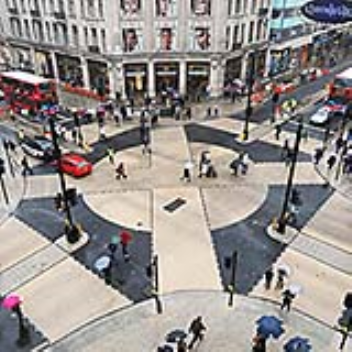 Oxford Circus and its junction with Regent Street in the West End have been re-designed to make life easier for shoppers this festive season.

The dramatic new diagonal layout is inspired by the "scramble crossing" on one of the busiest streets in Tokyo, Japan.

The junction, which will be able to handle double the number of pedestrians, was unveiled by Mayor Boris Johnson.

As well as creating extra space for pedestrians to cross, barriers and other street clutter have been removed so shoppers and their purchases won't get so crushed on the pavements.

The remodelling has also created more space around the Tube stations for the 200-million people who visit the area every year.