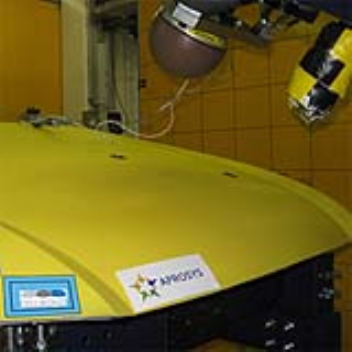 Crash specialist Cellbond, based in Huntingdon, Cambridgeshire, has collaborated with researchers at Anglia Ruskin University's Engineering Simulation Analysis and Tribology (EAST) group to develop and test a prototype.

Pedestrians account for 20 per cent of all traffic fatalities in Europe and 14 per cent in the US - with the majority being caused by head impacts. Statistically, 65 per cent of pedestrians who impact or roll on the bonnet of a car that is going more than 40mph are killed or suffer serious injury.

In such a crash the pedestrian is initially impacted by the car and then by the ground, and most fatalities and head injuries occur when there is insufficient clearance between the bonnet and stiff underlying engine components.

"Manufacturers are packaging vehicles a lot more compact in order to make them as light as possible. In recent vehicle designs the bonnet is very close to the engine block, so the bonnet acts like a brick wall," said Prof Hassan Shirvani, director of Anglia Ruskin University's EAST group.

There have been attempts to mitigate this through so-called active deployable systems that literally pop up on impact to increase the gap between the bonnet and engine block. Jaguar has such a system in its recent XK models.

However, Cellbond's design differs in that it is based on a passive approach, using the gap between bonnet and engine block more efficiently to absorb kinetic energy.

"The bonnet preserves the global stiffness but also localises the load when it's applied on it. So when the bonnet is hit by the head it deforms locally and absorbs a huge amount of energy before it reaches that solid part with the engine," said Dr Mehrdad Asadi, the engineer at Cellbond who headed the project.