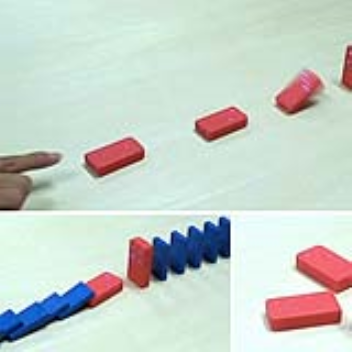 Part of the challenge and excitement of setting up a domino chain is being careful not to accidentally knock one over, which will quickly undo all of your hard work. So when I first read about this Esper concept toy, which is basically a set of dominoes that can independently fall over and wirelessly trigger the next one in the chain to do the same, I thought it would take all the fun out of it. But after watching this video which demonstrates some of the unique ways the Esper dominoes can be played with, including being mixed in with traditional dominoes.