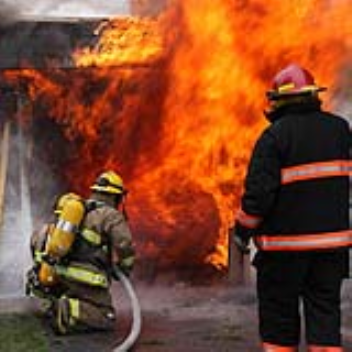 At the 241st National Meeting & Exposition of the American Chemical Society, scientists described a means of suppressing or extinguishing flames without flooding buildings or tapping a vast source of water. Noting a 200-year-old observation that electrical charges can affect the shape of flames, they seized on the phenomenon and developed an electrical wave âblasterâ that could be the basis of a new genre of firefighting tech.

The researchers' setup involves connecting a 600-watt amplifier to a kind of wand that directs the electrical current into a beam. The researchers then created an open flame about a foot high. From a distance, the wand was able to snuff out the flame entirely over and over again.

The process by which it does this is complex, the researchers say, and is actually not really well understood (there are a lot of different things happening at once, apparently). But critically, it seems the carbon particles (soot) generated during combustion are easily charged, and once charged they respond to electric fields in strange ways that affect the stability of the flame. Shake that stability hard enough, and the flame collapses.