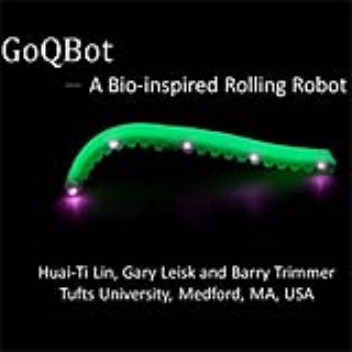 Robot is inspired by the caterpillar

A team from an organization known as Tufts has got some funding from DARPA to create the GoQBot, a soft-bodied silicone robot that is four inches long with actuators made of shape-memory alloy coils. It already has a push-off time of less than 250 milliseconds.

You might be wondering why in the world someone would create a robot that can do this. Apparently this ballistic rolling behavior could be used on other sort of robots, like the ones modeled after worms and the aforementioned snakes.