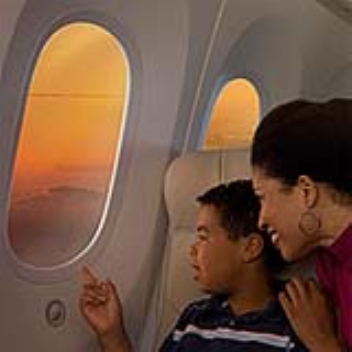 Boeing's new 787 Dreamliner has the best airplane windows ever. It ditches that small window with a pull-down plastic shade and replaces it with a larger, dimming window that can be adjusted to let in various amounts of light.

The windows are a dreamy 19 inches tall and 65% larger than the standard airplane windows so you'll get to see a lot more of your surroundings.

The dimming effect is the result of an electrified gel sandwiched between two thin pieces of glass. As the electric current increases, the gel darkens and as it drops, the gel lightens. The system is brilliant in its simplicity.

Each passenger in the coveted window seat will have control over their window. They're also networked together so flight personnel can control the windows, too. Attendants can adjust each window, adjust windows in an entire section of the plane or adjust them for the entire plane. 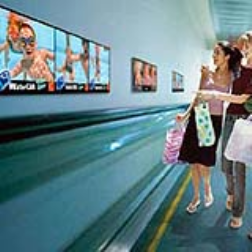