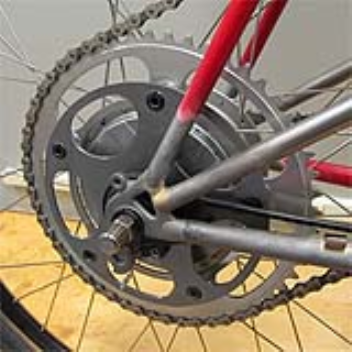 A newly developed flywheel is able to harness the energy lost during braking and then use it as kinetic energy to give the bike an added boost.

Designed by a student at New York's Cooper Union, the Flywheel Bicycle consists of a rear hub variable transmission that is linked to a 15lb flywheel in the middle of the frame. When the cyclist slows down, they shift the transmission to fill the flywheel with kinetic energy. Another shift change to allows the stored energy to be released into the transmission, giving the bike a boost.