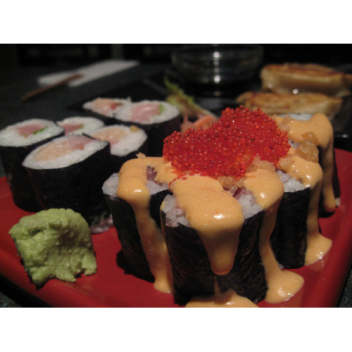 Every year, an organization called Improbable Research offers up the Ig Nobel Prize, a Nobel spoof award that it is given for science innovations "that first make people laugh, then make them think." This year, our favorite entry came from researchers at the Shiga University of Medical Science, who developed something called the wasabi alarm, a fire (or general emergency alarm) that slashes noise pollution but might make anyone nearby feel sick.

The researchers identified the ideal density of airborne wasabi to awaken slumbering people in case of emergency, and then used that information to develop the alarm. The wasabi alarm patent explains:

So if the detector (a smoke detector, for example) senses smoke, it triggers a series of events that results in sleeping home-dwellers being woken up by the overwhelming smell of wasabi. It's probably not too pleasant, but it won't wake your neighbors.