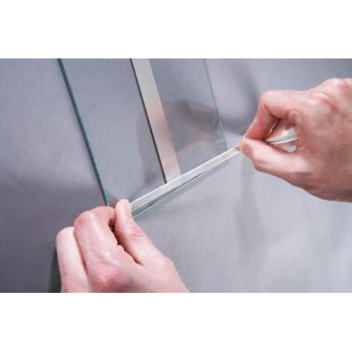 3M drew press and viewer interest earlier this week at CEATEC with its show of special film that the company has developed to coat ordinary, existing windows and convert them into solar panels. The product was shown on curved and regular glass surfaces. This “windows-transformative” film is to debut next year. Not only does the panel generate energy in sunlight, but it also serves as a heat-blocking layer.

The film is made from an organic photovoltaic material and fits on windows easily to generate power and cut heat.

What is interesting about 3M's technology is its versatility. Claims are that it can generate power, behave as a coolant (absorbing over 90 percent of infrared light) and also protect windows from shattering.