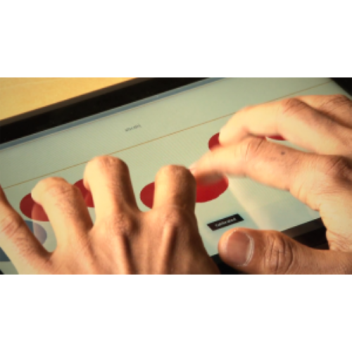 Touchscreen software for the visually impaired

The user’s fingers set up the keyboard, instead of a user having to find the right keys.E ach letter is stated aloud, and programs can be found audibly.

I like the idea of letting my fingers set up a keyboard. Too bad this type of software isn’t available on the Android market, at least not just yet. Perhaps we can get this out of the concept closet and into the Market for all mobile platforms.