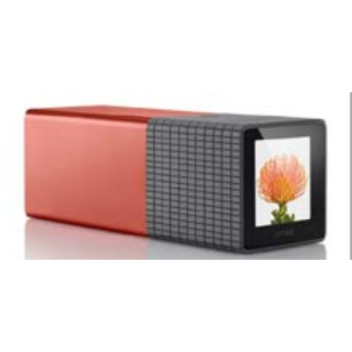 Looking over a haul of digital photos can involve as much regret over fudged shots as reminiscing over golden moments. A camera from Silicon Valley startup Lytro promises to change that by allowing a user to focus a photo after it has been taken.

The camera has a novel design reminiscent of a telescope. It features only two buttons: one to turn the device on or off, and one to take a photo. Only after a photo is taken does the user need to worry about focusing the resulting image.

The photos are dynamic and interactive. When viewing them on the camera, a user taps on the device's touch screen to choose the object or area that should be in focus. Everything closer or farther away is artfully blurred. A photo can also be set to show everything in sharp focus. The same experience is possible when viewing an image on a PC, with Lytro's software, or online, with tools for sharing images via Facebook or embedding them in a Web page.

Rather than just a convenience for bad photographers, photos that can be refocused also allow more playful and creative photography, says Ren Ng, who founded Lytro to commercialize research he began at Stanford University. "Refocusing the image becomes a new way to tell the story," he says. "It injects a drama into the viewing moment, like when you discover a face that was out of focus in the background."