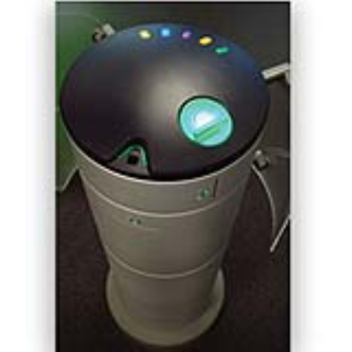 More than 50 percent of the global population has no access to banking services, making it very difficult for them to climb out of poverty. As part of a program to address this issue — known as financial exclusion — technology giant NCR has developed an ATM that taps biometric technologies to make it suitable for use by illiterate and semi-illiterate populations.

NCR’s EasyPoint 70 Tijori machines are already automating the collection and disbursement of loans in India, and soon the company hopes to introduce its Pillar ATMs there as well. These new devices are the result of research in the largely illiterate slums of Mumbai, and feature a contactless card reader, a biometric fingerprint scanner, fast cash buttons, a dispenser and a receipt printer. Users of the freestanding device can simply place their thumb on the sensor and push the color-coded button for the amount of cash they want to take out. For security, the waist-high ATM can be bolted to the ground, and its shape minimizes the chance of theft via crowbar, a Scientific American report explains. Not only that, but the machine’s cash box will also collapse in the event of a breach.