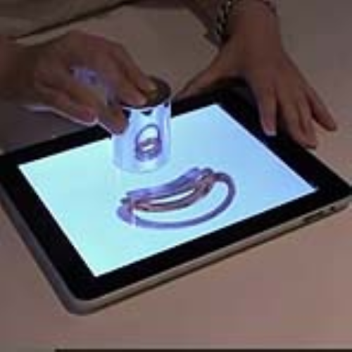 Using a pair of capacitive touch styli inside a cylindrical mirror, a team from the Ochanomizu University have built a system for displaying and controlling interactive anamorphic images on the iPad. By taking advantage of the iPad’s capacitive touchscreen, the device allows a user to rotate and view images of objects that appear to float within the mirror.