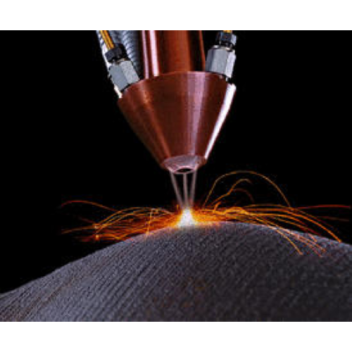 Current laser welding techniques are limited in what plastics they can join seamlessly, but thanks to a breakthrough a Fraunhofer this may no longer be the case.

Laser welding is currently used to attach car parts and create medical devices but suffers from a number of issues in the area of plastic-to-plastic molding. As it stands, a transparent piece of plastic must be welded to a black one, with the black piece having soot particles mixed in to transmit the fusion created by the laser to the plastic parts, forming the seal.

Medical instruments are also created using this process but many hospitals require them to be a transparent/transparent mix rather than black/transparent and this has been a limitation in the process and forcing older techniques to be used. Some transparent absorbers have been developed, but most carry a yellow or green tinge that does not allow the device to function as well as intended.

Now scientists at Fraunhofer  have discovered a way to allow two transparent pieces to be welded together seamlessly simply by finding the right way to use light.

Researchers have discovered that laser light emitted at the right wavelength can be extremely effective in melding plastic parts by focusing the light using a series of lenses that will match the wavelength to the absorption spectra of the material. In addition, the lens system allows the “waist” of the beam – where the light is the strongest – to be focused on the joining section itself, meaning that the highest temperature of the laser is placed exactly where it is needed.

The hope is that this technology will allow a greater range of medical and technological devices to be crafted using entirely transparent plastics and lasers attuned to their specific needs.