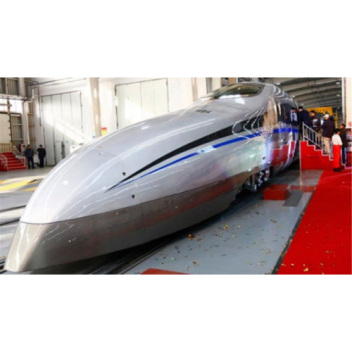 China's state press agency, Xinhua, reports that the country's largest rail vehicle maker has debuted a six-car train more than twice as powerful and 200 km/h (124 mph) faster than the high-speed models currently in service between Beijing and Shanghai. The new electric test train can draw a maximum of 22,800 kilowatts and is reportedly capable of reaching speeds as high as 500 km/h (311 mph), making it one of the fastest trains ever designed for commercial passenger use.

China South Locomotive & Rolling Stock Corporation Limited (CSR) says the train is the newest in its CRH series and its aerodynamic shape is inspired by an ancient Chinese sword. It is constructed from plastic materials reinforced with carbon fiber, resulting in a lightweight, aerodynamic vehicle capable of higher speeds than the CRH380 train on which it is based. 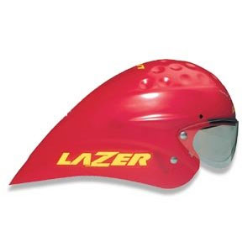