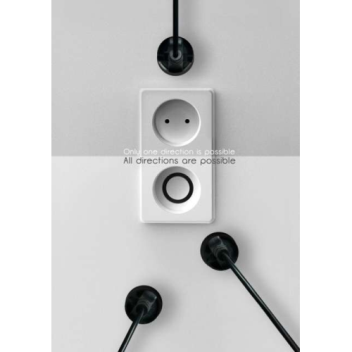 The difficulty experienced when plugging in appliances or electronics at odd angles would be forever eliminated if the Donut outlet went from concept to reality. The Donut outlet is an ingenious power port redesign that makes it possible to plug in items from any angle.

The Donut outlet was designed by Suhyun Yoo, Eunah Kim and Jinwoo Chae. The outlet is unique in its appearance as it features no holes whatsoever as the entire outlet is a connecting point. Power cables can be plugged into the outlet at any angle which should make it easier for those who tend to hide their available outlets behind bulky pieces of furniture. Simple redesigns like the Donut outlet are a great and minimally invasive way to improve homes around the world.