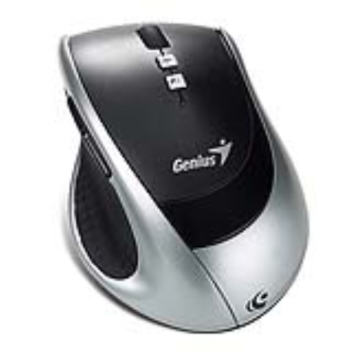 The wireless mouse is a great invention, no doubt, but recharging batteries can be a drag (and using disposables is downright bad form). Genius is looking to improve on the current mouse solutions with its DX-Eco mouse — the big news here is that this mouse doesn't require batteries, nor does it require being centered on a power pad like other battery-free mice out there. Instead, it uses a gold capacitor, also known as an electric double layered capacitor (or supercapacitor). Rather than the chemical reaction found in standard batteries, gold capacitors rely on a storage cell that utilizes the absorption and release of ions. It was theorized a few years ago that this technology could power a mouse, but historically it has been used to provide backup sources of power (though the test mouse was also able to charge inductively, so it was completely cord-free). Apparently, the mouse can go a "full day" on one charge, but can be recharged in a mere three minutes — so while you likely won't see the longevity you get from traditional batteries, charging the mouse up should be a minimal inconvenience.

As for the rest of the hardware, the DX-Eco features seven buttons, runs over a 2.4GHz pico USB connection, contains two dpi settings (800 and 1600) that are easily switchable by a button on top, and contains a "BlueEye" sensor, which helps the mouse function on a variety of surfaces.