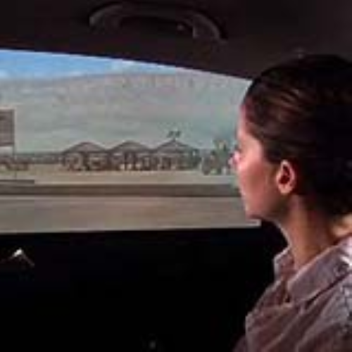 Psychological studies have shown that car passengers often feel disconnected from their environment, and The Windows of Opportunity Project hopes to find new ways to connect to this outside world.

Much like Toyota’s ‘Window to the World’ project but with an extended range of features, the project presents motion and optical sensor technology to transform the window into an interactive platform. Students produced a full scale functional prototype of a rear window, and although the concept is not planned for immediate production, it allows an exciting glimpse into the growth of interactive technology and also the ever-growing importance of multimedia in the way one connects with others and the world.

The impressive features include ‘Spindow,’ which allows the user to superimpose another user’s view onto their own window from anywhere around the globe. Secondly, GM has created a colorful fog-like drawing board recalling the familiar childhood pastime of drawing pictures in fogged up car windows. There is also ‘Otto,’ the travelling companion who moves alongside the car, speeding up and slowing down with the car’s speed. He can respond to the weather and landscape and can be controlled by the user’s touch. Not only is the window interactive between the user and the window, but also with the landscape around it. ‘Pond’ is another multimedia application that allows users to share music and messages with fellow travellers around them. Messages can be written upon the window and spun around for the viewing of those outside the car. The Windows of Opportunity Project could mean that boring car journeys will become a thing of the past.