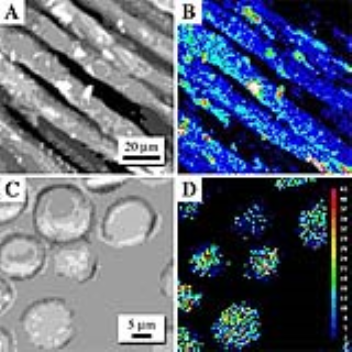 With a wipe of a revolutionary new type of napkin, you'll be able to determine whether a dangerous microbe is lurking on your kitchen counter or the dirty-looking spoon at a restaurant, scientists hope. Researchers from Cornell University's College of Human Ecology are developing the new type of napkin made from "nano" fibers -- as small as 100 billionths of a meter wide -- that are coated with antibodies, proteins and dyes. The napkin will change to a certain color when you wipe it on a contaminated surface. In preliminary tests, the napkin has successfully identified a known type of bacterium -- Escherichia coli, or E. coli. Cornell scientist Margaret Frey Unlike other techniques for spotting killer bugs, some of which require highly sensitive, expensive instruments, the napkin-wiping method promises "rapid and easy use," and no highly trained specialist is required. Anybody who knows how to use a napkin could use this.