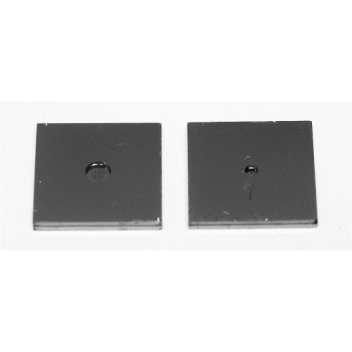 Nano-satellites are also dirt-cheap, relatively speaking. A more common satellite can reach into the hundreds of millions of dollars for a launch; a nano-satellite can cost as little as a half-million dollars. The catch, however, is getting the things around once they’re in space; propulsion technology, still generally based on combustion, does not scale down very well to the “nano” realm. Most nano-satellites become fairly limited in orbit.

This is poised to change in the very near future. The Swiss MIT-like university École Polytechnique Fédérale de Lausanne has developed a new satellite thruster, weighing just 200 grams, that can get a spacecraft to the moon on about a tenth of a liter of fuel. Moreover, it doesn’t actually burn fuel at all, but emits it in tiny streams of “ionic” liquid called EMI-BF4, a solvent and electrolyte, from dense arrays of tiny nozzles, as much as 1,000 per square centimeter. Basically, it works by accelerating positively and negatively charged ions via an electric field (alternating itself between positive and negative). The electricity, a fairly large quantity of it, comes from solar cells.

The new propulsion device will find itself first on a satellite called CleanSpace One, tasked with collecting orbital space junk and sending it into Earth’s atmosphere to get burned up. It’s a fun thought — this tiny little spaceship racing around the planet at tens of thousands of kilometers-per-hour grabbing scrap and flinging it toward Earth. Like a space-bound Wall-E. Cute.

The rocket can get a spacecraft up to 42,000 kilometers-per-hour, accelerating at the breakneck rate of a single tenth of a millimeter per square second (so, 77 hours to get to a highway speed of 100 km/hour). “We calculated that in order to reach lunar orbit, a 1-kg nano-satellite with our motor would travel for about six months and consume 100 milliliters of fuel,” says EPFL’s Muriel Richard. “At the moment, nano-satellites are stuck in their orbits,” adds Herbert Shea, also of EPFL, in a press release. “Our goal is to set them free.” 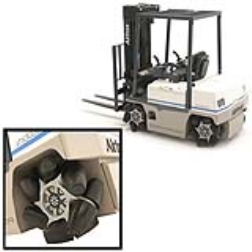