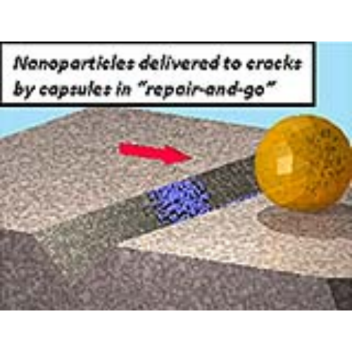 In the super-small world of nanostructures, a team of polymer scientists and engineers at the University of Massachusetts Amherst have discovered how to make nano-scale repairs to a damaged surface equivalent to spot-filling a scratched car fender rather than re-surfacing the entire part. The work builds on a theoretical prediction by chemical engineer and co-author Anna Balazs at the University of Pittsburgh.

Their discovery is reported this week in the current issue of Nature Nanotechnology. The new technique has many practical implications, especially that repairing a damaged surface with this method would require significantly smaller amounts of material, avoiding the need to coat entire surfaces when only a tiny fraction is cracked, says team leader and UMass Amherst polymer scientist Todd Emrick.