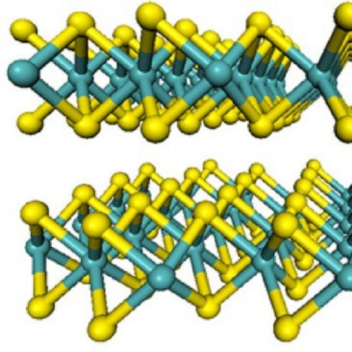 Imagine a world where rooms are lit by their walls, clothes are smartphones and windows turn into video screens. That may seem like a bit of science fiction, but not for long. Researchers at MIT are using a two-dimensional version of molybdenum disulfide (MoS2) to build electrical circuits that may soon revolutionize consumer electronics.

We've heard a great deal about graphene in recent years. A two-dimensional version of graphite, graphene has proven to be something of a wonder substance. It’s tremendously hard, highly heat conductive, is possessed of unique optical qualities ... and that’s just scratching the surface as engineers discover new uses for it in everything from solar panels to space elevators.

By comparison molybdenum disulfide is a humble substance used largely for lubricant or as a catalyst in petroleum refining. That, however, is changing. Last year, Swiss scientists described a version of molybdenum disulfide that had the same 2D-style structure as graphene and now researchers at MIT are using it to build electrical circuits.

Until recently, MIT had been trying with little success to make electrical circuits out of graphene, but the wonder material turned out to be harder to use than thought. It’s a natural conductor, probably the best ever discovered, which makes it great for some applications, but not for electronics. To make a transistor out of graphene, for example, requires some very clever and problematic doping with various elements. Even, then, the results are often disappointing.

Molybdenum disulfide, on the other hand, is a natural semiconductor, which makes turning it into transistors very easy. This was especially the case when Yi-Hsien Lee, a postdoctoral student, learned how to use a chemical vapor deposition process to make large sheets of molybdenum disulfide. These sheets and mechanically-produced flakes of the material formed the basis for the circuits described recently in the journal Nano Letters.