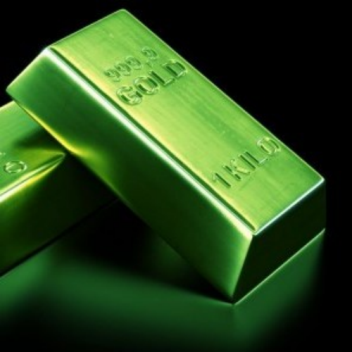 Gold, now available in colors other than gold

Scientists from the University of Southampton have now devised a technique that causes gold (or other metals) to be seen in a variety of other colors ... green gold, anyone?

Unlike processes such as anodizing, in which colored films are added to metal surfaces, the Southampton technology works by actually altering the gold itself. Tiny raised or indented patterns are embossed onto its surface, changing the way that it absorbs and reflects light. Depending on the shape, height and/or depth of the pattern, that reflected light can be seen as any one of a number of colors. Different patterns could even be applied to the same object, causing different parts of it to take on different colors.

Other metals, such as silver and aluminum, can also be “colorized” using the technique. Along with its obvious applications in fields like jewelry-making, it has been suggested that the technology could additionally find use in making items such as banknotes harder to forge.