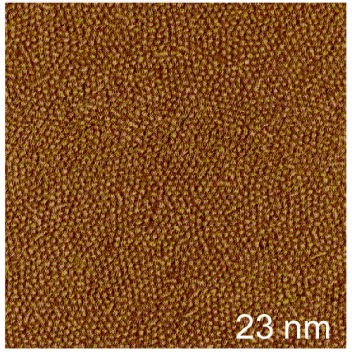 In hard disk drives, bits are stored as individual magnetic dots laid onto a metal surface: the closer together the dots, the higher the storage density. These days, we can cram as many as one trillion dots (128 GB of data) on a single square inch of metal. However, placing the dots any closer than that would cause magnetic interference from neighboring dots that will randomly flip bits and corrupt the data irreparably.

Researchers at the University of Texas have come up with a solution to the problem: they were able to produce nanoscale self-assembling dots, and managed to work around the limitations that hamper traditional designs. In doing so, they laid the foundations for the production of cheap, reliable hard drives with record storage density.

The key to this development was the synthesis of block copolymers, a material that can quickly self-assemble into dots that are less than 10 nanometers in size – the smallest ever created.