Function: reduce size of a system × 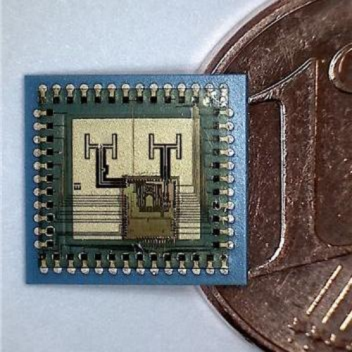 Research has resulted in a new low-cost, fingernail-sized radar chip package that could be implemented in a variety of areas, including the automotive industry, robotics and smartphones.

The chip was developed under the “Silicon-based ultra-compact cost-efficient system design for mm-wave sensors” (or Success) consortium, and is believed to be the smallest complete silicon-based system-on-chip (SoC) device for radar able to operate at frequencies beyond 100 GHz.

In order to produce a radar system so small, the researchers needed to overcome significant technical challenges. This involved testing multiple antennae to maintain an acceptable size, while also avoiding unwanted electromagnetic radiation and loss of signal due to weather and other conditions. Additionally, a self-test system was also adopted, enabling technicians to easily check the chip is performing as it should.