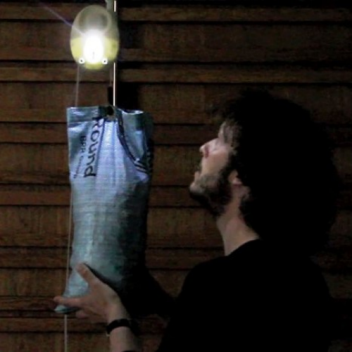 The GravityLight is an LED lamp that works by harnessing the gravitational force exerted on a weight hanging from the lamp. One lift of a 9 kg weight, which is formed by filling the fabric bag the light is delivered in with rocks or sand, generates enough power to provide 30 minutes of light with no need for rechargeable batteries or fuel, which means no running costs.

The unit has also been designed so that it can be used to power other devices, such as a radio, or recharge batteries, which can be connected to terminals on the front of the unit. The brightness of the GravityLight can also be adjusted based on the task at hand or to increase light running time.

The team hopes to get the cost to villagers of the GravityLight down to less than US$5, which would see them saving money after switching from kerosene lamps after a period of around three months. 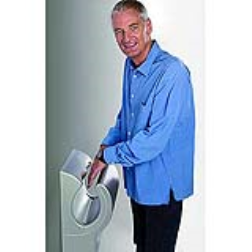