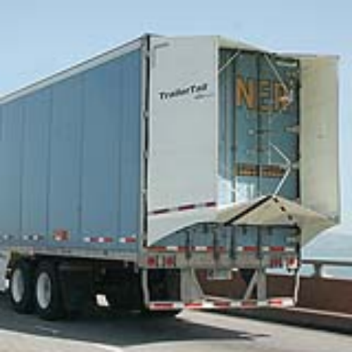 But once you load a shipping container onto a truck and send it down the highway, square becomes bad. Wind resistance doesn't want to let you slice through the air so easily, and makes you pay with crappy fuel economy. Truck manufacturers have therefore taken steps to streamline the front end of their vehicles, adding curvy cowlings and wave-like fairings. The rear of the truck, however, provides more of a design challenge.

A California-based company called ATDynamics has therefore designed the TrailerTail, a box-kite-looking assembly of panels that can be permanently installed on your average shipping container in about an hour. Once in place, the panels passively reduce aerodynamic drag behind the vehicle, increasing fuel efficiency by more than 6% in the process. That's not a trivial figure: Spread across the U.S. big-rig trucking industry, that's a savings of 1.6 billion gallons of diesel per year, not to mention 14 million tons less of CO2 emissions.

In order to hit that target, ATDynamics just has to see widespread uptake. Convincing fleet owners shouldn't be too hard: Each TrailerTail costs $2,200, and pays for itself in fuel savings in under a year. After that it's pure extra profit, and maintenance is minimal to nil.

You're probably wondering if they interfere with loading and unloading, negating their fuel efficiency savings with decreased productivity. They don't, due to their clever origami-like design. 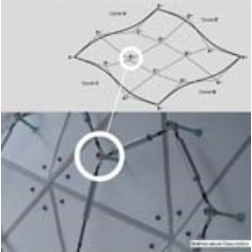