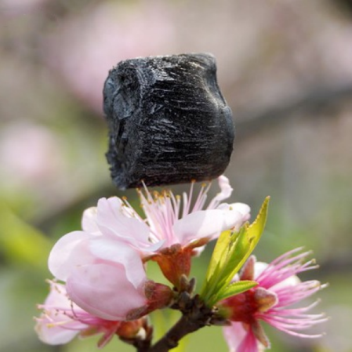 Not even a year after it claimed the title of the world’s lightest material, aerographite has been knocked off its crown by a new aerogel made from graphene. Created by a research team from China’s Zhejiang University in the Department of Polymer Science and Engineering lab headed by Professor Gao Chao, the ultra-light aerogel has a density lower than that of helium and just twice that of hydrogen.

Instead of the sol-gel method and template-oriented methods generally used to create aerogels, Gao and his team used a new freeze-drying method that involved freeze-drying solutions of carbon nanotubes and graphene to create a carbon sponge that can be arbitrarily adjusted to any shape.“With no need for templates, its size only depends on that of the container,” said Prof. Gao. “Bigger container can help produce the aerogel in bigger size, even to thousands of cubic centimeters or larger.”

The result is a material the team claims is very strong and extremely elastic, bouncing back after being compressed. It can also absorb up to 900 times its own weight in oil and do so quickly, with one gram of aerogel able to absorb up to 68.8 grams of organics per second – making it attractive for mopping up oil spills at sea.